My very good friend, Darkin Brown, and I have known each other since damn-near kindergarten.

Growing up, we were a couple of creative nut-cases, which would explain why I’m spread over so many different mediums when it comes to storytelling. He was the artist and I was the writer. He could write as well, but…I was the better WRITER, so there! HA, HA!

ANYWAY, to this day, we still call each other up ranting about the madness of something we just created, because most of the time, we’re the only ones who can immediately understand the concept in its pure, raw form without exhaustive explanation. It’s great to have a friend like that.

At one point we created characters in a universe we vowed never to use because they were just too INSANE, lol! We had to keep them away from our other characters. Those were some good times I tell ya, heh!

As of late, Mr. Brown has had one of his old characters heavy on his mind. He’s reworking her here and there. I figured I’d let him hijack a post to show us a bit if what he’s been doing with Chickie Checkout.

The concept of chikkie came about when I had this idea of a pair of women who gallivanted throughout the realm always high off of drugs. To further this odd couple one would be a 1920’s era tap dancer with a British accent and the other would be a Native American weapons designer.

Two women from two completely different worlds would go on adventures together throughout the realm while they told back-stories about their previous drug endeavors and conflicts. To top it all off, they even have a ship, the Fantastic Fantasy, which, is haunted.

Chikkie is always failing drug tests and her weapons are odd and strange and sometimes malfunction for the stupidest reasons. But some how these major corporations keep hireling her – so she’s basically rich, but apparently she blows all her credits on all kinds of drugs and is just about always high. Fun loving and outgoing she is always joking and smiling and doing pranks.

Her armaments include her dagger slippers, modified electromagnetic sais that have a spin attack, exploding mice drones And a reverse polarity field generator in her knapsack. The challenge with drawing chikkie is that what often happens is that I design a body and develop the character later.

So now the expression needs to match her face. Furthermore upon comparison to redemptions current incarnation, the two look too similar. I have always personally prided my self in making sure that all my characters looked different ( this is why I despise dragon ball Z and Rob Liefeild character design)

My updated Redemptions design made their hair signatures too similar. So I adjusted her hair to spike at the side instead of the back- and to keep with her braided theme she sloppily braids the side of her head.

Also her signature is more unruly and unkept more frizzy than permed. As if she does it herself. She’s more kind of thrown together and wears a little too much like a stoner who just doesn’t care. 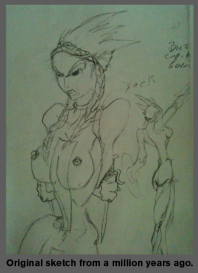 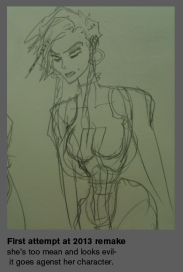 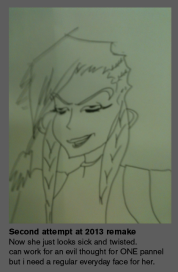 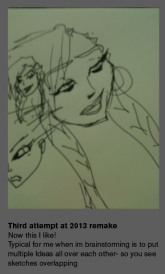 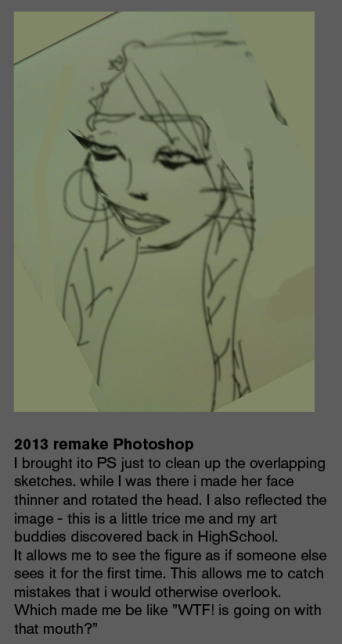 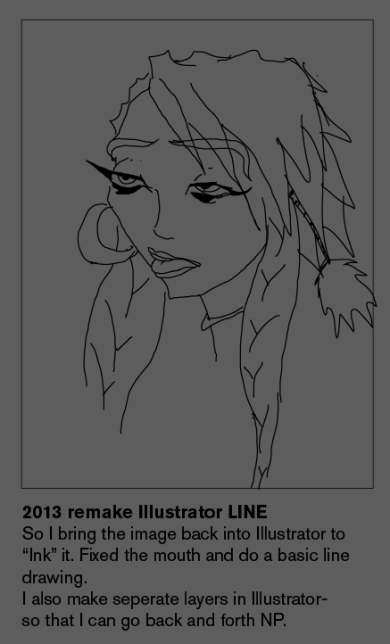 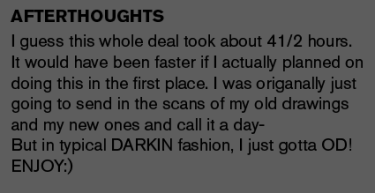