It’s rather depressing at times when I think of how willing we are as a species to give in to  wickedness and bad behavior.

In what I do for a living, I deal with a range of people, from foreigners to citizens, to personal consumers to customer employees to business owners, and I’m often…disappointed at how people let negative emotions rule them.

If someone is having a bad day, they are more than willing to show you just how bad it is  and punish YOU for it though you have nothing to do with their circumstances.

In my opinion, in most cases there are no excuses for such behavior. Reasons like: “I’m not feeling well” to “I haven’t had my coffee yet” and “My deal fell through” are ridiculous to me.

I have bad days like everybody else, but if someone has nothing to do with it, I can’t bring myself to be mean, or rude to them. They did nothing to deserve it.

A couple of things are always on my mind, one being, the spiritual consequences are not worth it. When it’s my turn to face God and answer for my actions, I’d rather not have a list of petty actions to run down especially when the only reason for my behavior is “Just cause”.

Secondly, you don’t really know how the things you say and do to people will affect them, and most times you can’t take them back. It’s selfish to expect someone to accept your ill-behavior just because you were having a bad day or whatever other reason you have.

I wonder why people are willing to dwell in negativity. The only good news they really want to hear is their own and they love to revel in the misery of others.

How perverse is it that people watch “Jerry Springer” and other shows like it, reality tv, because looking at/poking fun at/talking about someone else’s problems makes them feel better about their own.

Do they not realize that, the time they spend indulging in such things, is time lost trying to fix their own issues?

People spread rumors, gossip about each other, curse each other out, get each other fired, hurt each other’s feelings, plot each other demise all for what? I would say 95% of the time it’s for reasons that don’t matter to the BIG PICTURE.

Its like virus, a disease, a zombie apocalypse scenario where one person bites another and the next thing you know we’re all fighting for our lives.

If only people thought more about their actions and the reasons behind their behavior before taking action. I think they’d find that it’s not worth it in the long run.

Is being Bad easier than being Good?

If not, then explain human behavior, lol! 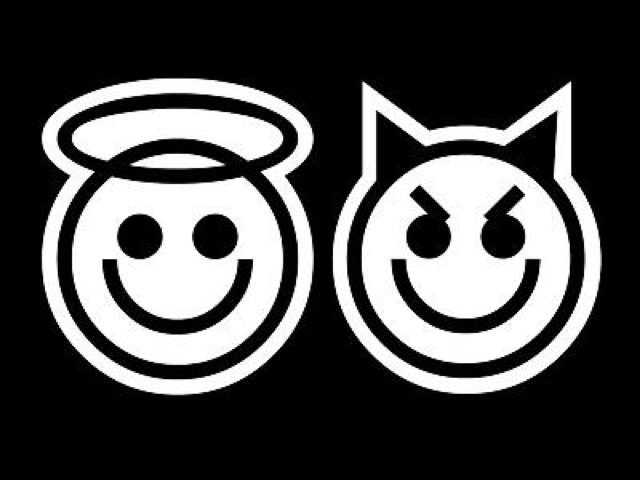 4 thoughts on “How Wicked We Are”