AND since two my best friends in the whole wide world were/are Artist, I’ve given myself permission to mess around and draw stuff and blame it on them because of their “artly” influence. Plus, if what I draw doesn’t look good, I can hide behind my Excuse Shield and say, “I’m a WRITER, not an ARTIST! What do you expect?”

It’s funny though, I would love to learn how to draw, but I don’t seem to have the patience for it. I can learn story structure, manipulate and implement novel and screenwriting techniques, write 80,000 word novels and 120 page screenplay, learn the guitar, study Hapkido, but I just don’t have the patience to learn how to draw. Crazy, I know. My friend, Darkin, even tried to teach me when we were younger, but…eh.

ANYWAY, I recently bought am iPad, and of course I had to find a proper Art App, right? I mean, that’s what most normal creative people do, right? Even if they’re not artist? Right?

I scan through the App Store and download Paper: Made by a  company called FiftyThree: 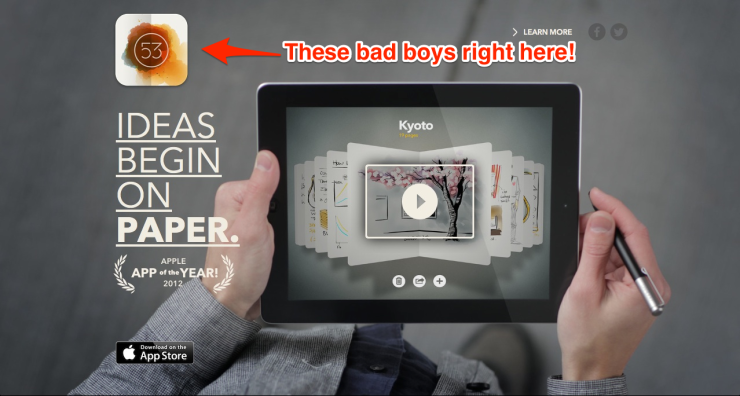 And instantly, I love the app. The UI is great. Wanna get me hook on anything, let it have a great UI. The overall presentation, NICE!. Tools, simple. You have an Eraser, Fountain Pen, Pencil, Marker, Ink Pen, Paint Brush, and Color Palette. So, I whip out my JotPro Stylus: 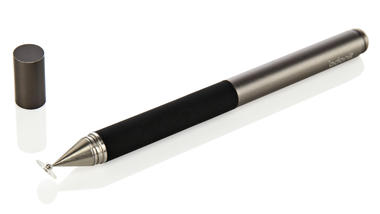 and began to draw…anything. I was on the app for hours just drawing. I guess because there was no pressure about messing up. I could just erase, and I wasn’t wasting paper, or color pencils, or letting markers dry out, or getting paint all over the place. I could just draw on forever. Pressure free. Caution to the wind.

A cool feature in Paper is that you can make multiple sketch books to hold and organize your sketches in any way you want.

ESCAPE: (below) is the first picture I drew. The ship at the far right is trying to escape (i don’t know who or what) in the middle of the night with a few enemy ships in hot pursuit, one of which has taken a hit and is going down in a fiery hell. At first, I just started with the tree line, then wanted to see if I could draw water, and the ships came later. All spur of the moment. 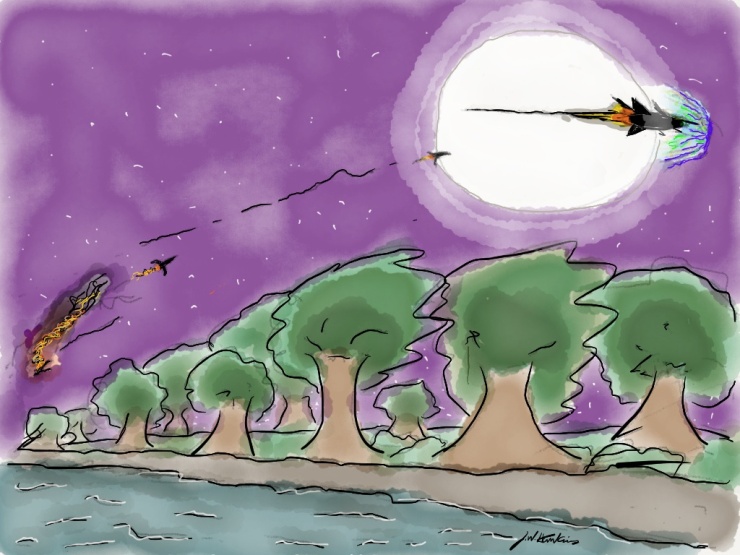 SunCloud: Just wanted to see if I could draw the sky. So, what makes a sky better than a blue background, a sun, and clouds? Pretty cool for a first try I think. 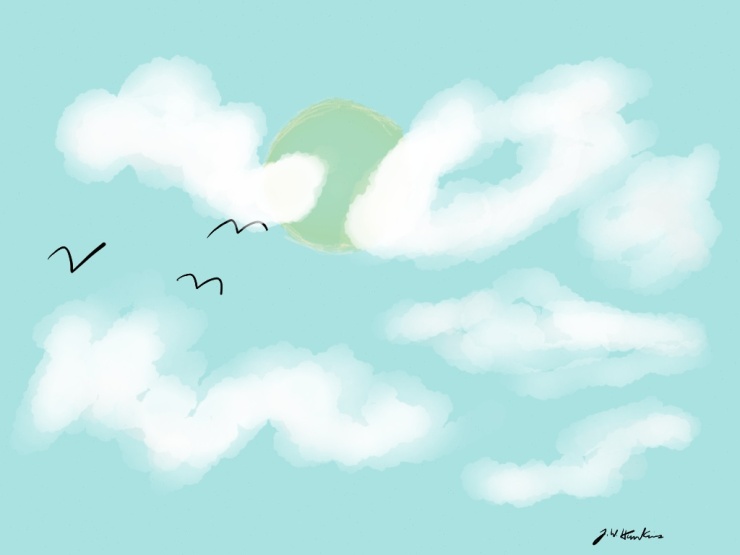 Cobblestone Road: I woke up from a dream Saturday morning with the vision of a Cobblestone road still in my mind’s eye. I don’t know where the road comes from or what it leads to or what its supposed to represent, but it’s what I saw. I added the clouds and horizon line after I drew the foreground in Paper. I don’t know where I’m going with this one, but just as with writing sometimes, that’s the fun part. You never know where your imagination will take you.

I’ll up date this if I ever get around to coloring it.