Overwatch is a very good game. What first caught my attention about it was the character designs, every character has such a cool look and in-depth, some intersecting, storylines, which brought me into the world of Overwatch, which then made me want to play the game.

Right now, I’m trying to solidify my A-Team and B-Team characters so that I can be a well rounded player when it comes to the three roles of Tank, Damage, and Support. I never want to be that guy who can’t fill a empty roll on a team.

I had to come up with a basic play strategy for each role, which then is somewhat augmented by the character I pick and their unique abilities.

My basic mindset when I fill a role on a team is as follows:

And when I play, I stick to these role rules as much as possible. Of course, depending on the situation and my characters set of abilities, I’m flexible enough to fit in wherever a deficit may be to pull the team together.

As of right now, my A-Team characters are Sombra, Moira, and D.Va and B-Team is Tracer, Brigetta, and Orisa.

Generally, I play with a character until I lose with them, then cycle to the next character as opposed to forcing myself to stick with a character regardless of performance. With this method, I was able to see who I was naturally good with because I wound up playing with them longer than the others characters. That’s how Sombra became my Main Character with Moira as my second Main. 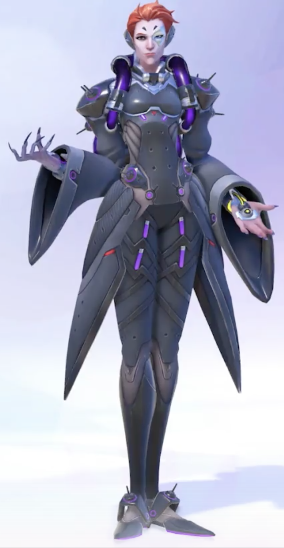 These two woman really capture the essence of my overall play style especially Sombra with her clocking abilities. I’m a big Battlefield fan and I usually play as a sniper having to stealthily and patiently make my way across the war zone, picking off choice targets then disappearing before enemy forces can pinpoint my location.

Though Overwatch is a fast paced game, I still get that same “sniper/recon” experience with Sombra. Cloak, pick a target, stalk them, take them out, and keep it moving. Her translocator makes it even easier to “keep it moving” when my position gets compromised.

Moira fulfills my joy of helping out my team with her healing abilities. Being able to heal multiple characters at one time, or alternately hurting multiple enemies simultaneously, gives you the ability to turn the tide a crucial moments.

When I’m not playing a story based game, you can bet I’m on Overwatch, and with the creators periodically adding new characters and tweaking the old ones, this game keeps my attention.

If you haven’t played Overwatch, you should give it a try.

Heres one of my Sombra highlights: